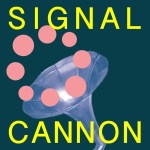 This is Part 1 of a multi-part series from Signal Cannon examining sound and its use as a weapon both in the real world and in fiction. In this episode, we discuss the 2016 sonic attack on U.S. Embassy officials in Cuba and the use of acoustic hailing devices like LRAD on American streets.

Science and technology share an intimate relationship with warfare. Throughout human history, technology has accelerated advances in weapon-building. And the opposite is true as well; advances in technology have often been adopted for applications on the battlefield.

For example, controlled, powered flight (think the Wright Brothers) was only about ten years old before airplanes were used in WWI to scout enemy trenches and drop bombs. This brand new technology was used in a tactical, never-before-seen way. Indeed after WWII, The United States and the Soviet Union poached rocket scientists from Nazi Germany and built their our own space programs on Nazi expertise.

In this multi-part series from Signal Cannon, we’ll be examining the ways in which sound has been weaponized, both in real life and in fiction. Up first: Cuba, where American and Canadian diplomats were the victims of a mysterious sonic weapon attack, set off in and around their homes in 2016. American foreign staff reported severe symptoms like hearing loss, confusion, and headaches related to the dangerous sound.

Then later, we take a look at the rise of non-lethal weapons used in crowd control. Specifically the LRAD device, a high-powered loud speaker that’s being increasingly deployed at protests on American streets.

So what is a sonic weapon? Well, it could be any number of things. In fact the reason we’re talking about this topic in this way is that it’s a technology that has for a long time been couched within the realm of science fiction, but has in the last decade or so moved into real-life as certain technologies have been pursued and brought to market.

You see them in sci-fi every once in a while. Typically the bad guys have ‘em, though not always. Sometimes it’s a little handheld device that emits some sort of…high energy (often high-frequency) sound. Sometimes it’s a large military-like device. Either way, the purpose is that they temporarily render their victims incapacitated through sound.

Sometimes it’s called a sonic weapon. Or harmonic weapon, or sonic blaster. Doctor Who has a sonic screwdriver. The secretive government guys in the show Firefly had one; there’s a device in Dune that amplifies the sound of a human voice into destructive energy. There’s one in Atlas Shrugged, and even a Transformer who uses his loud voice as a sound weapon.

They’re staples of fiction. But they are making their way into the news.

Let’s turn first to Cuba, where American diplomats may have been the victims of a sonic weapon attack. Earlier this month, reports surfaced concerning U.S. officials experiencing severe hearing loss and other symptoms at the U.S. Embassy in Havana in the fall of 2016.

Last year, as the reports go, American officials living and working in Cuba began experiencing unexplained losses of hearing. CBS reports that as many as 8 or 9 U.S. government employees were brought home due to the severity of the symptoms, though it’s believed that others were also affected but were encouraged not to leave.

We turn first to Cuba, where it’s believed American Embassy staff members were the victims of a sonic weapon attack in the fall of 2016.

Earlier this year, The Associated Press reported that U.S. and Canadian officials experienced a range of bizarre symptoms as a result of the attack. They include: severe hearing loss, confusion, nausea, concentration problems, and balance issues. Staff members report hearing a strange, localized noise at night in their homes in Havana. Some described an unpleasant sound, like a high-pitched chirping or a loud ringing, but only in certain rooms. Others slept through the sound but awoke the next day feeling ill.

In October, the Associated Press released a sample of the noise. The AP does not believe the recordings are dangerous to those who listen at reasonable volumes. The sound is definitely unpleasant; I’ve listened to it a number of times now, so fair warning. Associate Press describes it as sounding like crickets. The Navy and US intelligence services have been analyzing these sounds. But as the AP reports, quote “the recordings have not significantly advanced US knowledge about what is harming diplomats.

Diplomatic relations between the U.S. and Cuba have been improving since July 2015. The U.S. embassy was reopened by former President Barack Obama, signaling the first real reestablishment of a relationship between the two countries since the Cold War.

In August U.S. State Department spokesperson Heather Nauert said that the incidents caused a quote “variety of physical symptoms” in U.S. government employees. State Secretary Rex Tillerson himself referred to the incidents as quote “health attacks.” The department and the FBI are looking into the incidents.

The Cuban government has rejected the claim that such a weapon was used, saying quote, “Cuba has never permitted, nor will permit, that Cuban territory be used for any action against accredited diplomatic officials or their families, with no exception.” It’s unclear who may have been behind the suspected attacks.

The Washington Post reported that after months of investigation and medical examinations, the U.S. government believed that the embassy officials were attacked by some kind of advanced sonic weapon which operated outside the range of audible sound, and was deployed either in or around the diplomats’ homes on the island.

Cuban diplomats were expelled from Washington D.C. in retaliation in May of this year.

Let’s turn now to the United States, where one specific device is seeing use on American streets as well as at sea.

It’s part of a family of loudspeakers called acoustic hailing devices. They’re used by the military and police departments as a part of their non-lethal weapons arsenals. Basically they’re super-powered, highly-directional loudspeakers for crowd dispersal and communication in loud situations, like during disaster rescues and as part of maritime warning systems.

The LRAD was developed after the attack on the USS Cole in 2000, to provide the Navy with a way to warn other ships to stay away.

According to the company, being a non-lethal device, the idea is that before pepper spray and tear gas are used, say during protests and other public demonstrations, crowds can be dispersed using the speaker’s deafening alarm. Which sounds like this:

Depending on the model, the device is capable of broadcasting a narrow column of sound for up to 2 miles, and at about 150 decibels in the near vicinity. Imagine a spotlight but for sound. The National Institute of Health warns that prolonged exposure to sounds over 120 decibels can result in permanent hearing loss. The immediate effect of LRAD deployment is that of discomfort in the ears, necessitating an exit from the source of the sound, hence its use as a crowd dispersant.

Non-lethal weapons technologies in general began getting significant funding around the outset of the Iraq War. The Economist reported in 2004 quote “between 1997 and 2003, America’s Joint Non-Lethal Weapons Programme…had an annual budget of around $22 million. In 2004, it was increased to $43.3 million.” End quote. That’s an increase of almost double.

LRAD was deployed in western Iraq that same year, 2004. And through the 1997 Defense Authorization Act and more specifically the 1033 program, surplus military hardware including LRAD has been shared with civilian police departments.

And they’re big things. They’re mounted to police and military vehicles. Large ships use them too. They’re comparable in size to a guitar amp, like a big box.

The first time they were used in the United States was in 2009 at the G20 Summit in Pittsburgh, Pennsylvania.

In August 2014, the St. Louis, MO police department used LRAD during the protests surrounding the police shooting of Michael Brown in Ferguson. The NYPD used one to disperse protestors following the police killing of Eric Garner in Midtown Manhattan, and again in April 2015 during the Baltimore solidarity rally concerning the death of Freddie Gray in police custody.

It’s not necessarily an easy pill to swallow, how intertwined advances in technology are to defense. The defining technological advances of the 20th century: nuclear power and landing on the Moon, are products of nations at war.

And a loudspeaker, which any other day is melting faces at a rock show and bringing people together, can also be used on the street to push people away. One is a means for the right to demonstration, the other…can be argued is a device for limiting that right.

To learn more, and to hear other episodes of Signal Cannon, visit PressForSound.com. You can find us on Twitter @PressForSounds, and connect with me there as well, @BillyDonahoe.

“The Future of Crowd Control” from the Economist printed in Technology Quarterly, Dec 2004 http://www.economist.com/node/3423036

One thought on “Sonic Attack on U.S. diplomats in Cuba PLUS: LRAD Acoustic Crowd Control”